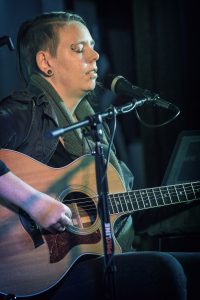 Angela Edge is a highly accomplished musician who has been creating music for the majority of her life. Her journey started when her father handed her a bass at the age of 14, and she quickly became fascinated with the four-stringed instrument. By teaching herself to play and observing other bass players, she developed her own technique and style. Edge continued her musical studies throughout her teen years, earning a scholarship to the University of Arkansas where she studied music education.

Edge has had the opportunity to play with numerous talented musicians, including Cris Williamson and Peter Yarrow, as well as perform at various festivals such as Washington DC PRIDE, San Francisco PRIDE, and High Sierra Music Festival. She has also played at iconic venues like The Blue Bird in Nashville and The Bitter End in NYC.

Over the years, Edge has honed her musical style to create a unique sound that is both powerful and melodic. Her music is a combination of potent lyrics and sweet melodies that appeals to even the most discerning music lovers. 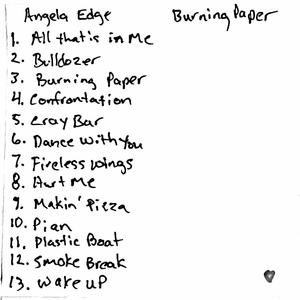 Angela’s latest album release is Burning Paper. You can purchase all 13 tracks for only $9.99 or choose to purchase individual tracks for $0.99 each.  The album is also available on:

Number of items in cart: 0